Have you ever heard game music that's so catchy it's virtually impossible to stop listening, let alone forget? The ultimate chiptune for instance. Have you heard it? The one that kicks so much ass that it's impossible to create anything better. The flagship triumph that transcends what is normal chiptunes and explodes into your mind, leaving your mouth open, knees trembling, and thoughts in disarray. As you're grasping for air after the first play, you play it again. And by some unbelieavable freak of nature, it's even better the second time. You have a new favorite, and there is nothing better. It has the kind of melodies that burn themselves into your mind and keeps you humming and grooving even when you're not playing the game? Yeah? Well me too.

It got so bad that my mind starting making up melodies of its own without my permission and wouldn't stop until I penned them down. Some results of my mind's melodic takeover of my brain can be found on this very site. I hope you enjoy it!

What can I do for you?

If you're a casual listener, you can download tracks, buy albums, and check up on me.
When I write music, I try to make every new piece of music I write the best piece yet, and create that "magic" feeling for any given project. Sometimes it succeeds really well, like Gamecrashers testified in their "sountrack of the year" discussion broadcast after 2010 was over.

My name is Magnus. I live in Sweden and make computer game music! :)
I've been into games since I first laid my hands on some Game&Watch handhelds from Nintendo.
It then continued with C-64, Amiga 500, Amiga 1200, and later on PC.
I love the music those machines had. The gaming music. The OLDSCHOOL gaming music!
(Most of) my tunes reflect this; lo-fi samples, catchy melodies, and the retro feeling
you get when listening to them.

I have contributed music for many games, here are some of the more well-known:

Sites where you can find stuff by me: 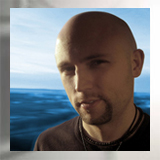